The United States Patent and Trademark Office today officially released a series of 45 newly issued patents for Apple Inc. In this particular report, we cover several Apple Watch design patents as well as patents covering NFC and Touch ID. We end this week’s granted patents report with our traditional list of the remaining granted patents that were issued to Apple today.

All Apple Watch Band design patents that have been granted to Apple today list the following members of the industrial design team as inventors:

The second Apple Watch design patent win is for the Milanese Loop band as seen in the part below. 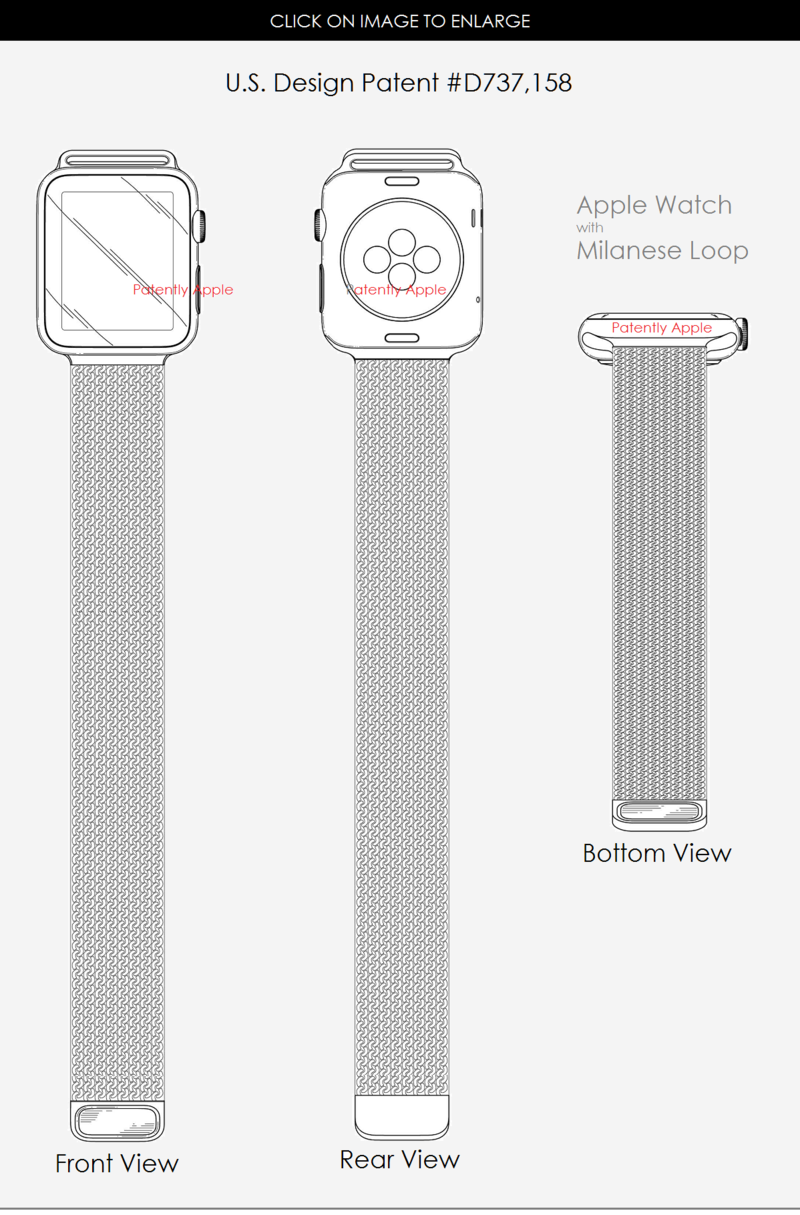 The third Apple Watch design patent is for the Apple Watch Sport band (#D737,157), as shown below. 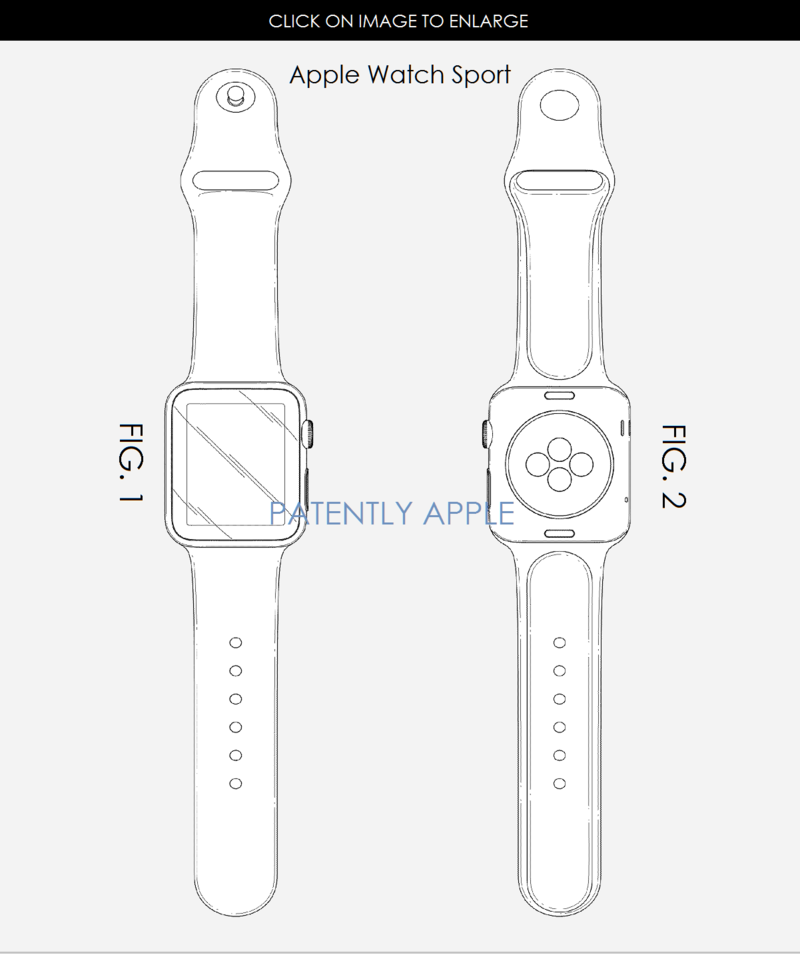 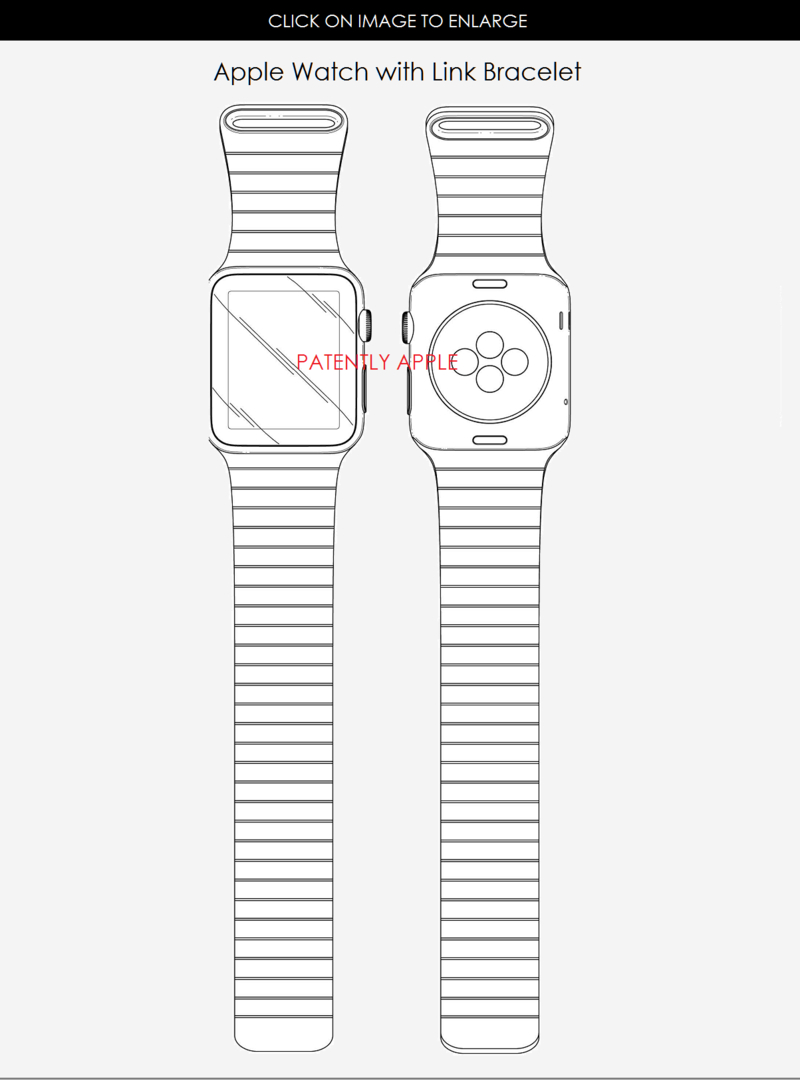 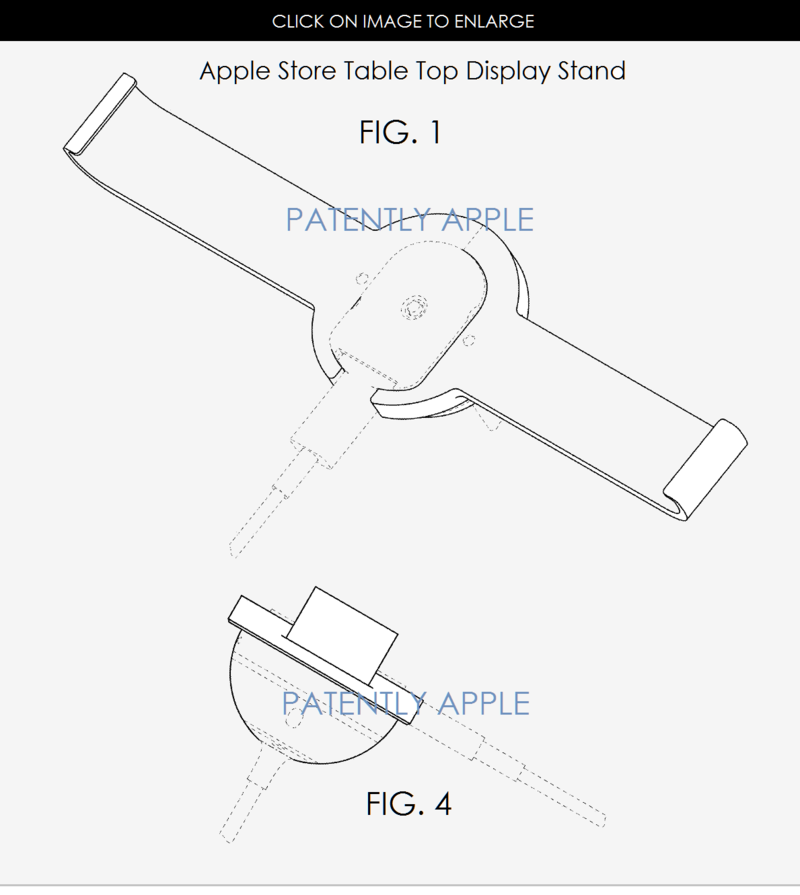 Apple’s newly issued patent covers their invention relating to some of the mechanisms behind the security feature known as Touch ID.

More particularly, the processor may be able to determine whether the finger to be matched matches the enrolled finger based on the comparison of the corresponding finger peak flow angles to the enrolled finger peak flow angles for the at least one sub- likely match area. Further, the processor may be able to divide the writing area into a plurality of at least partially overlapping regions. 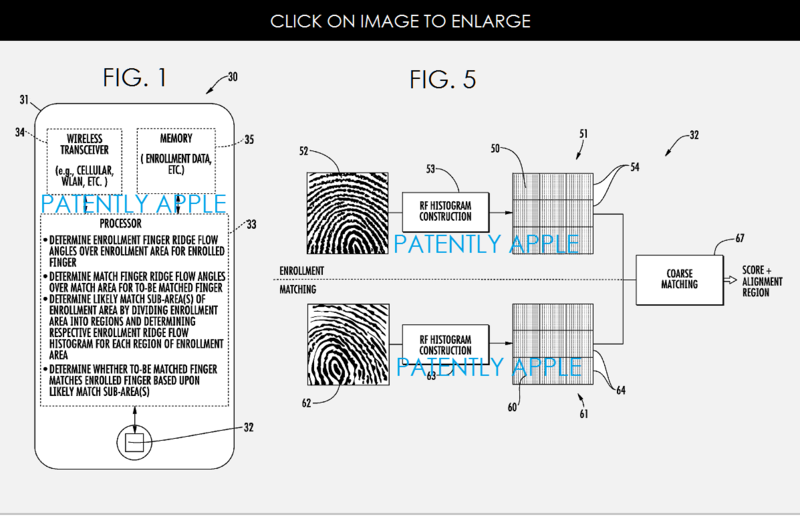 Apple credits Michael Boshra as the sole inventor of issued patent 9,117,145, originally filed in Q1 2013 and issued today by the U.S. Patent and Trademark Office. 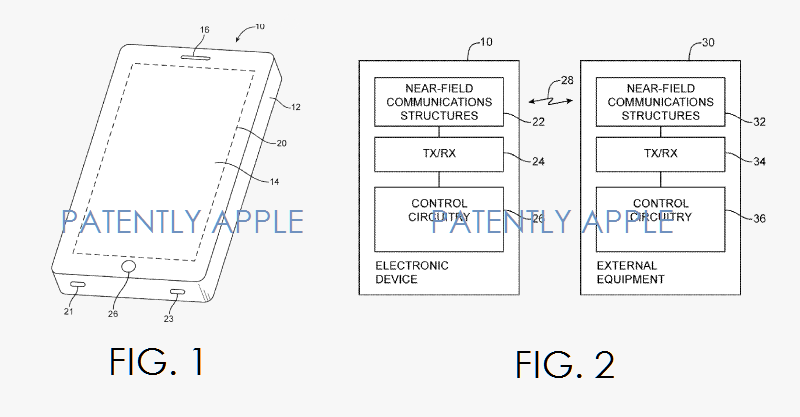 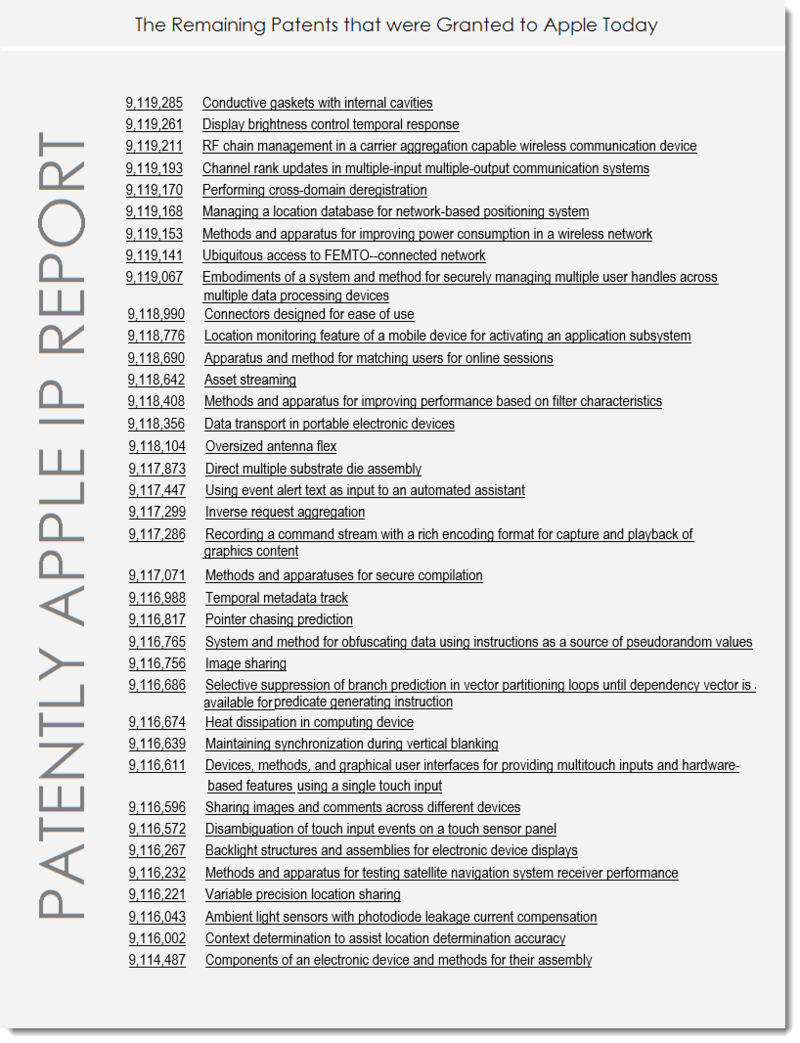 Obviously, Apple is only presenting a brief summary of granted patents with associated graphics for journalistic news purposes, as each granted patent is revealed by the US Patent & Trademark Office. Readers are cautioned that the full text of any granted patent should be read in its entirety for further details. About feedback on our site: Obviously, Apple reserves the right to post, reject, or edit any comments. Comments are reviewed daily from 5am to 6pm MST and sporadically on weekends.