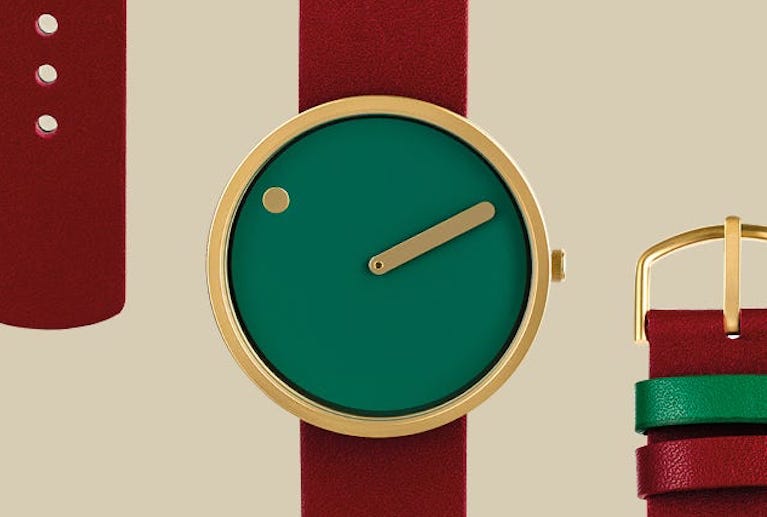 Whether it’s fashion, home decor, jewelry or furniture, Danish design is renowned for its sleek, minimalist aesthetic – and that applies to watches, too.

Danish designer watches are some of the most attractive you can buy. They are often understated and fairly simple in design, but generally have a modern twist and contemporary vibe.

Of course, Danish-designed men’s watches as well as women’s watches can vary from mass-produced, yet stylish cheap brands, to very expensive handcrafted unique watches that are passed down from generation to generation as heirlooms. .

And they might look great, but are Danish designer watches any good? And which brands are actually made in Denmark?

We’ve checked out some of the best Danish watch brands, so read on and find out everything you need to know about Danish watches.

Denmark’s best-known designer and architect Arne Jacobsen is known for its furniture and iconic buildings, including the National Bank of Denmark and Aarhus City Hall.

The clocks designed for these two buildings inspired two of his classic watches, Bankers (with its block numbers instead of digits) and City Hall.

With their distinctive figures and faces, they can be purchased as watches, table clocks, and wall clocks in a variety of colors.

The company Ole Mathiesen have been making watches and clocks in Copenhagen since 1845, and descendants of the original watchmakers still run the business which is now based in Copenhagen’s exclusive shopping district of Østergade.

It has a warrant from the Danish Royal Family for its timeless, handmade timepieces, many of which are made in Switzerland to exacting Swiss standards.

In addition to selling their own classic Danish designs, they also sell watches from other high-end watchmakers.

Designed to last a lifetime, the analog watches are made from a variety of woods, including walnut and cherry, and the company plants a tree in a deforested area for every watch sold.

Founded by Janus Aarup in 2013, the company is still independent and based in Copenhagen.

They also offer a range of solar-powered watches that come with recycled stainless steel or polyester rope straps.

Named after the northernmost town in Denmark located at the top of the Jutland peninsula, Skagen was founded by two Danes, Henrik and Charlotte Jorst, in 1989.

The Jorsts were actually living in the United States when they started the business, which was sold to the American multinational Fossil in 2012, and Skagen watches have never been made in Denmark.

A Danish goldsmith and designer, George Jensen began designing gold and silver jewelery over a hundred years ago and opened his first goldsmith business near Copenhagen in 1904.

Jensen himself died in 1935, but the company has been designing jewelry and home products, including watches, ever since.

Heavily influenced by nature and the arts and crafts movement, his designs combine elements of Art Nouveau design with Danish minimalism.

Although no longer a family business, Georg Jensen still makes high-end – and expensive – watches including the classic minimalist Koppel watch and a handsome wristwatch.

Although it has only been around since 2017, Nordgreen has already made a name for itself with strong environmental and sustainable credentials.

Its eye-catching watches are designed by renowned Danish designer Jakob Wagner with distinctive minimalist figures and faces, and they come in different styles and colors – there’s even a vegan version.

In an effort to reduce waste and increase the life of their watches, they also sell refurbished Nordgreen watches, which have been returned and repaired and resold at a discount through their website.

The company partners with various charitable organizations that promote education, access to drinking water and reforestation in developing countries.

Founded by Jeppe Larsen and Magnus Eriksen in 2106, Larsen and Eriksen design and manufacture a range of stylish minimalist unisex watches.

In fact, they consider their watches to be works of art, so much so that they are on sale in art galleries and museums around the world, including MoMa in New York and Tate Modern in London.

From the world’s thinnest diver’s watch to the classic minimalist Essential watch, the timepieces are hand-assembled around a movement of Swiss parts (the working mechanism of the watch).

And the company is so confident in the quality of its watches that it includes a lifetime warranty for the operation of the watch.

Picto Watches was founded by Steen Georg Christensen and Erling Andersen in 1984, after the former inherited a watch factory that produced watches by Danish designers such as Arne Jacobsen and Henning Koppel.

Their watches are unusual in that they have a classic minimalist clock face with just one hand.

The hand points to the minutes, as on a classic dial, while the hours are indicated by a point that rotates around a rotating dial.

All of their watches follow this design, but come in a variety of styles and materials – they even have one with the case made from recycled fishing nets with a recycled plastic strap.

The company was founded in 2004 by Anders Peter Juel Sauerberg, who partnered with the non-profit Human Practice Foundation to provide six months of schooling to a child in Asia or Africa for every watch sold.

Which watch brand is from Denmark?

Many, but not all, of the watch brands above originated in Denmark and are still based in the country. Georg Jensen and Arne Jacobsen, for example, are iconic Danish designers who are still strongly associated with the country.

Others, like Picto and Skagen, were founded by Danes and make watches in the style of Danish design, but the actual watches are not from the country itself.

Are Danish watches actually made in Denmark?

The term Danish design refers to the clean, minimalist design of the watch, rather than the fact that it is made in Denmark.

And the reality is that although many brands claim Danish design credentials, very few, if any, are actually made in Denmark.

Some, like Larsen and Eriksen, have design studios in Denmark, although the actual manufacturing usually takes place elsewhere.

The Copenhagen Watch Group which owns Arne Jacobsen Watches and Picto is headquartered in Denmark at Kronborg Castle, north of Copenhagen, although Arne Jacobsen watches are made in Switzerland.

Many watch connoisseurs consider Danish design and Swiss precision manufacturing to be the ideal combination.

The Georg Jensen Group has production sites in Denmark and Thailand, while other companies use factories in the United States and the Far East.

See also:
A guide to Danish fashion
Why is Denmark famous?

Do you like what you read? Receive our best advice by email!