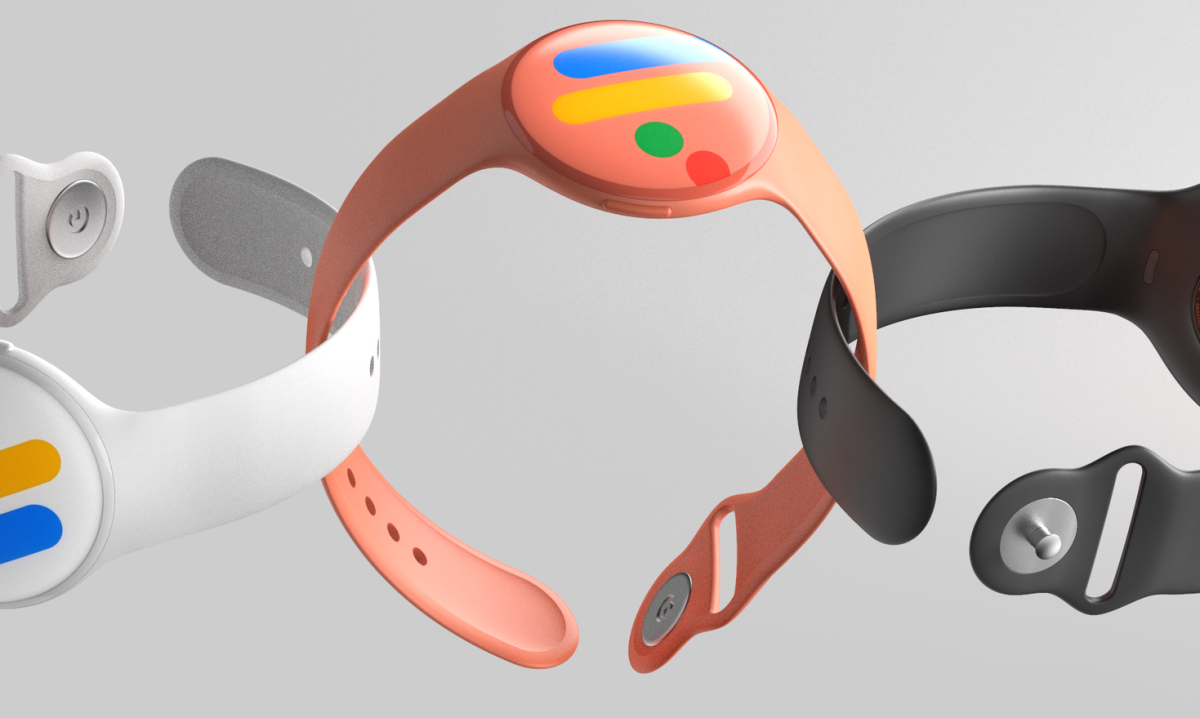 Everything has been quiet on the Pixel Watch front for some time, which is odd for a smartwatch that has been rumored to be imminent for almost four years. Sure, we saw a possible Pixel Watch-themed patent recently, but the odds of seeing a wearable on the wrist in Google’s next Pixel 5 seem slim at this point.

So maybe the best we have right now are these wonderful concept images by designer James Tsai. Taking inspiration from current “Made By Google” devices, Tsai opts for a more playful aesthetic, even providing Google-style names for each color: “milk white”, “sweet papaya” and “boba black”.

Tsai imagines a watch that, in terms of design, isn’t millions of miles away from the plastic feel of early Withings fitness trackers, only with an always-on screen instead of physical hands. Tsai imagines Google Assistant to be in the foreground, but also finds room for Wear OS staples like Google Maps, Google Fit, and Uber.

“The Pixel Watch features a circular screen with a soft touch area creating a smooth tactile finish,” Tsai writes. “The matte glass screen can still match the color of the band when Always-On mode is on. The variety of matte and shiny materials add a creamy and elegant feel to the smartwatch experience.

Our only real gripe is the fact that the watch face is integrated into the strap itself, which means no customization options. It would also mean that Google couldn’t “make an Apple” and sell straps directly to consumers.

It’s certain that Google will make a Pixel Watch at some point, but the question is “when?”. Evan Blass, generally reliable seemed certain one of them would appear alongside the Pixel 3 in 2018, before Google’s engineering director for Wear OS poured cold water on it in an exclusive interview with Tom’s Guide. Last year was also brought up, but nothing was finally announced.

Since then, of course, Google has bought Fitbit and it is certain that companies will eventually combine their know-how into the ultimate Wear OS hardware. With the much-loved launch of the Galaxy Watch 3 and the much anticipated Apple Watch 6 on the horizon, Google would be wise to have a new watch to complement the latest offerings from Samsung and Apple. And on that note, it’s worth taking a look at this report from ET News which indicates that Google has placed a large order for body movement tracking sensors from Samsung.

Maybe these are for the Pixel Watch when it finally hits the production line? One can only hope, but it is highly unlikely that it will be this year. So, for now, you had better enjoy the rest of James Tsai’s concept art and dream.