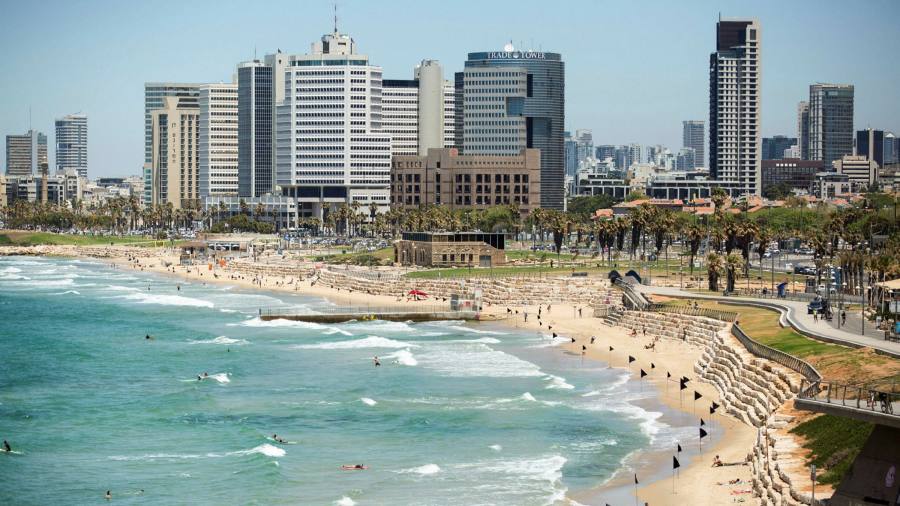 Israel may be a small country – with fewer people than London – but its watch market is surprisingly lucrative.

Exports of Swiss watches to Israel rose 4.1% to 52.6 million Swiss francs ($ 57.1 million) between January and August of this year compared to the same period in 2019, according to the Federation. of the Swiss watch industry.

Meanwhile, luxury watch brands began to settle there. Hublot announced its first concession at the Impress watch and jewelry store in the port city of Haifa, 18 months after opening its own first boutique in Tel Aviv. Audemars Piguet, one of the world’s largest private independent watchmakers, opened an AP house in Tel Aviv last month. The store is located in the city’s financial district, where an apartment in the 32-story Rothschild 1 tower can cost Shk 50 million ($ 15.6 million).

“Israel is one of the most interesting countries in my region [whose] The market is much larger than it appears, ”says Augusto Capitanucci, regional director of Hublot. The brand’s sales have grown in double digits year-over-year in Israel since he started his post in 2015. Figures for 2021 are now back to the same level as 2019 sales, as there are rebounded faster in Israel after the first lockdown than in its other territories.

Reginald Brack, a US-based watch industry analyst, compares Israel’s watch market to that of St. Barts, Monaco or Hong Kong. “I don’t think size matters as much as concentration of wealth,” he says of the billionaires, millionaires and tech entrepreneurs who make up Israel’s clientele. “These are more frequent return buyers than you might think. “

Israel has one of the highest billionaire per capita ratios in the world and a growing tech sector that attracts foreign buyers, creating many “sudden” local millionaires, says the diamond industry analyst, Edahn Golan.

However, Panerai chief executive Jean-Marc Pontroué believes his brand’s business with Israelis living or traveling abroad is far more important than business done inside the country. Its daily sales figures by nationality show that Israelis regularly shop in stores around the world.

He adds that tax refunds make Panerai’s standardized global prices more affordable because in Israel imported watches are subject to a 17% tax.

Worn as status symbols, Rolex, Omega or Patek Philippe watches are some of the most collectable in Israel, says Herzliya-based vintage watch dealer Nimrod Kozik. The same is true of “everything military,” he adds – in a country where conscripts are traditionally given a watch before their service in the Israel Defense Forces.

Local spending has soared to a six-figure average when “it used to be like four figures,” says Jonasoff of JB Jewelers, who sees increased demand for more exclusive pieces.

Location matters, Tel Aviv being at the forefront as a hub of luxury, fashion and business. “[In] Jerusalem, most customers are Jewish tourists [from America, Europe, Russia and elsewhere] who visit once or twice a year, so they are regular customers, ”says Jonasoff, whose boutiques are located in Tel Aviv’s luxury fashion district, Kikar Hamedina, and near the famous King David Hotel in Jerusalem.

Haifa and Eilat are also popular destinations for buying watches, says Jaffa-based watchmaker Itay Noy, who also lectures on watch movements at the Bezalel Academy of Arts and Design in Jerusalem. “Haifa is the capital of the north, so all the people of the north would go to Haifa and not Tel Aviv,” says Noy. The appeal of Eilat, Israel’s southernmost city, is its 17% VAT exemption, which makes it popular with tourists.

Analyst Brack says interest in Israel is a natural evolution of big brands – such as Rolex, Patek Philippe and Audemars Piguet – looking to tap into watch markets that are not yet saturated, like the United States and from Europe.

“All of these brands are constantly looking to see [where is the] white space in retail, what are we missing, ”he says. “Where are there other markets that we can sell? “