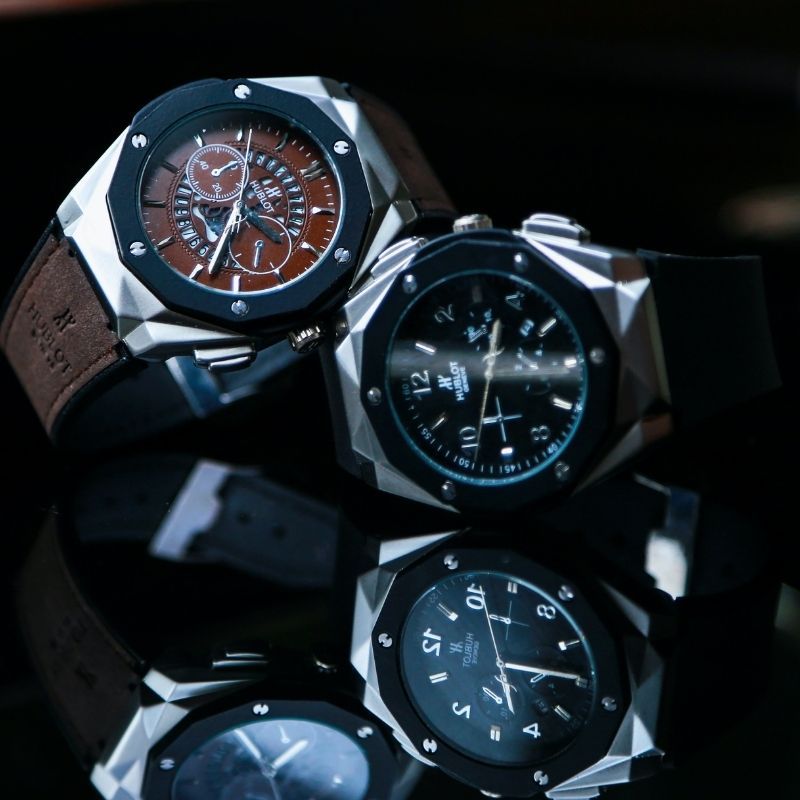 Lab-made diamonds, recycled plastic and 3D printing: the Geneva Watch Show this year was full of timepieces made from new materials, destined to appeal to a new generation of luxury watch enthusiasts.

H. Moser, a niche brand producing 2,000 watches a year for wealthy collectors, this year introduced a watch coated in Vantablack, a super black coating that absorbs almost all light.

Perched on a black background, the watch, still at the concept stage, creates the illusion of a black hole, of which only the colored hands are visible to the naked eye.

The material, made of carbon nanotubes and manufactured by NanoSystems, is considered the darkest pigment in the world.

“I wanted to bring something different from what will be presented in store windows in three months,” entrepreneur Edouard Meylan told AFP at the Montres et Merveilles show.

“I wanted to show the future of materials,” he said, adding that he aimed to give a vision of what the watch industry might look like five years from now.

While the luxury watch brand has used Vantablack in its clock faces before, this showroom model is fully covered. For the moment, we cannot touch it because the material could lose its properties. More work is needed before it can be worn.

Black is in the spotlight this year with new luxury virtuosos, according to Vincent Grégoire, who heads up menswear and accessories for Paris fashion consultancy NellyRodi.

“It’s a clientele that wants beauty, hyper-luxury, with materials of the future, stuffed with technology, but skilfully handcrafted,” he said.

Their taste evokes “the world of Anish Kapoor”, he said, referring to the British sculptor who sparked a scandal in 2016 when he bought the exclusive right to use Vantablack in art.

A new generation of luxury enthusiasts is emerging, Grégoire said, including a category of “agitators” who are fans of street culture and recovery, and who want to use their purchasing power for “militant action”. .

On a stand dedicated to innovation, the Oris brand shows how it recycles plastic waste by crushing it to make a material that looks like multicolored marble for its clock faces.

Tag Heuer, owned by French luxury group LVMH, is also among the luxury watch brands innovating in 2022. They have broken an industry taboo by using, for the first time, diamonds manufactured in the laboratory in one of its flagship models.

These diamonds, made from chemical deposits, were not used to replace their brilliant mine-derived peers. Instead, they were chosen to explore how new technology, which can produce uniquely shaped stones, can give the dial a new texture that catches the light.

The brand hopes this new technology will allow it to explore new possibilities while remaining firmly rooted in high-end luxury. This watch carries a price tag of 350,000 Swiss francs ($380,000, 345,000 euros).

“Lab-grown diamonds have a place in the market,” said Tobias Kormind, manager of online jewelry retailer 77Diamonds, enthused about the watch displayed on Tag Heuer’s website.

“People buy lab-grown diamonds for many reasons, some for affordability, some for environmental reasons,” he said. He stressed, however, that “in the long run, natural diamonds are the ones that remain rare and investable.”

Cartier’s stand certainly sparkles with lots of natural diamonds. But the jeweler, owned by Richemont, has also dabbled in new technologies this year. Thanks to 3D printing, she has created a new collection called “Coussin”, with an envelope that yields slightly to pressure before returning to its initial shape, like the cushion that gave it its name.

This article is published via AFP Relaxnews