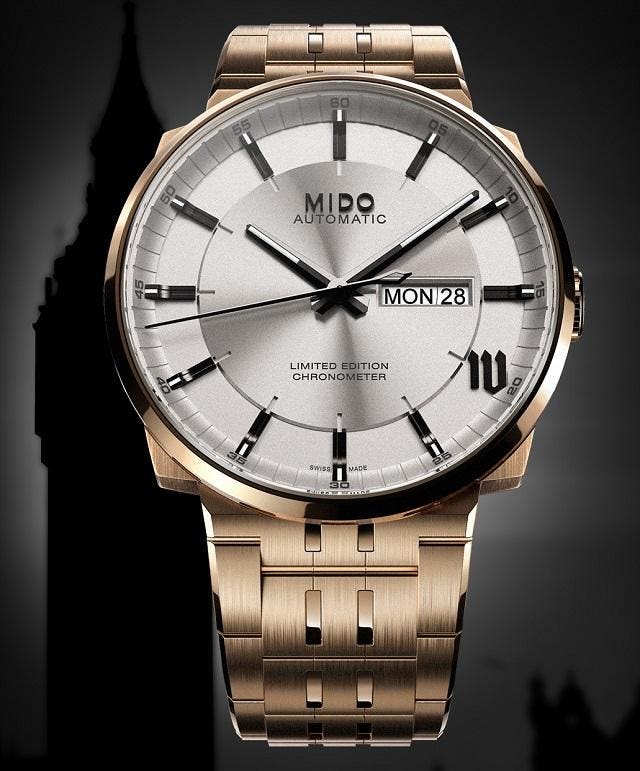 Swiss watchmaker Mido recently launched a unique promotion that members of the watch industry probably understand as a rare occurrence for such a company. The promotion is a watch design contest where members of the public can vote on one of three watch designs created by three leading designers in the watch industry. Reportedly, the winning watch will be produced as a limited edition model and in addition to selecting the winning watch models, some of the contest voters will be able to win either a trip to London or one of the completed limited edition watches. .

What makes this promotion so rare is that major watchmakers like Mido, which exist under the mega watch conglomerate The
, traditionally reluctant to give credit to a specific person for a watch brand’s designs. Even though the Swatch Group has thousands of employees, only a few prominent people within the group’s ruling family are able to speak on behalf of the company as well as the brands. Likewise, in brands such as Mido, Omega, Hamilton, Longines and many others that belong to the Swatch Group, often only the CEO of the brand is even able to speak on behalf of the company.

This means that such a watch design competition that showcases and promotes the work of independent watch designers is both rare and an interesting change in the overall communication style of the Swatch Group and its entities. I would go so far as to consider this Mido design competition as a fundamental shift in how the Swatch Group views its relationship with both the watch designer community and watch consumers in general.

A good question to ask is why would Mido choose to present the designers in this competition rather than just their creations? As in the art world, in the luxury watch world, people are as much drawn to the people and the stories as they are to the end product. Focusing on watch designers, their past work and inspirations, and their contributions to the luxury watch community is a proven tactic for galvanizing collector interests. The goal of any watchmaker is to spark an emotionally inspired “desire” in the hearts of potential consumers. Watches in this price category are “wanted” items versus “necessary” items, so it is important for watch brands to consider the most emotionally rewarding element of wearing watches as opposed to mere utility or fashionable to wear them.

Perhaps just as interesting as the contest itself are the designers Mido has chosen to work with. The three European designers may be unknown to the general public but are notable personalities within the community of watch enthusiasts. Eric Giroud, Sébastien Perret and Lorenzo Vallone have all worked for small independent watchmakers as well as more traditional luxury Swiss watchmakers. None of them have ever really had a watch brand in their own name, and each of them is known for having a sense of modern, yet traditionally inspired design.

Along with showcasing their designs, Mido also produced a series of videos for each of the designers focusing on the design of their Mido Big Ben concept watch as well as a bit about designers in general. As I mentioned, this is an almost unprecedented shift in how a major luxury watchmaker views its relationship with independent watch designers as well as with the community of watch enthusiasts who are often also focused on personality rather than brand. The landscape for watch enthusiasts is changing, and it’s a pleasure to see at least the big brands trying to adapt and conform to watch design needs and trends.

Such watch design promotions are not entirely new to Mido. For 2015, this instant watch design content focuses on three watches inspired by the Big Ben clock tower in London. In the past, similar design competitions (which didn’t focus so much on specific designers, as I recall) had Mido concept watches inspired by the Great Wall of China as well as the Colosseum in Rome.

Mido invites those interested in voting for the watch design competition to vote on Mido’s website by October 15, 2015. The promise is that the winning watch will be unveiled at the Baselworld 2016 watch fair. Mido, however, asks entrants to register. with their contact details to vote for the winning design. Obviously, Mido sees this as an opportunity to bolster its email marketing database, but fans enthusiastic enough to enter the contest probably won’t mind. contest.mido.ch

Ariel Adams is the founder of the popular and influential watch review site aBlogtoWatch.com.