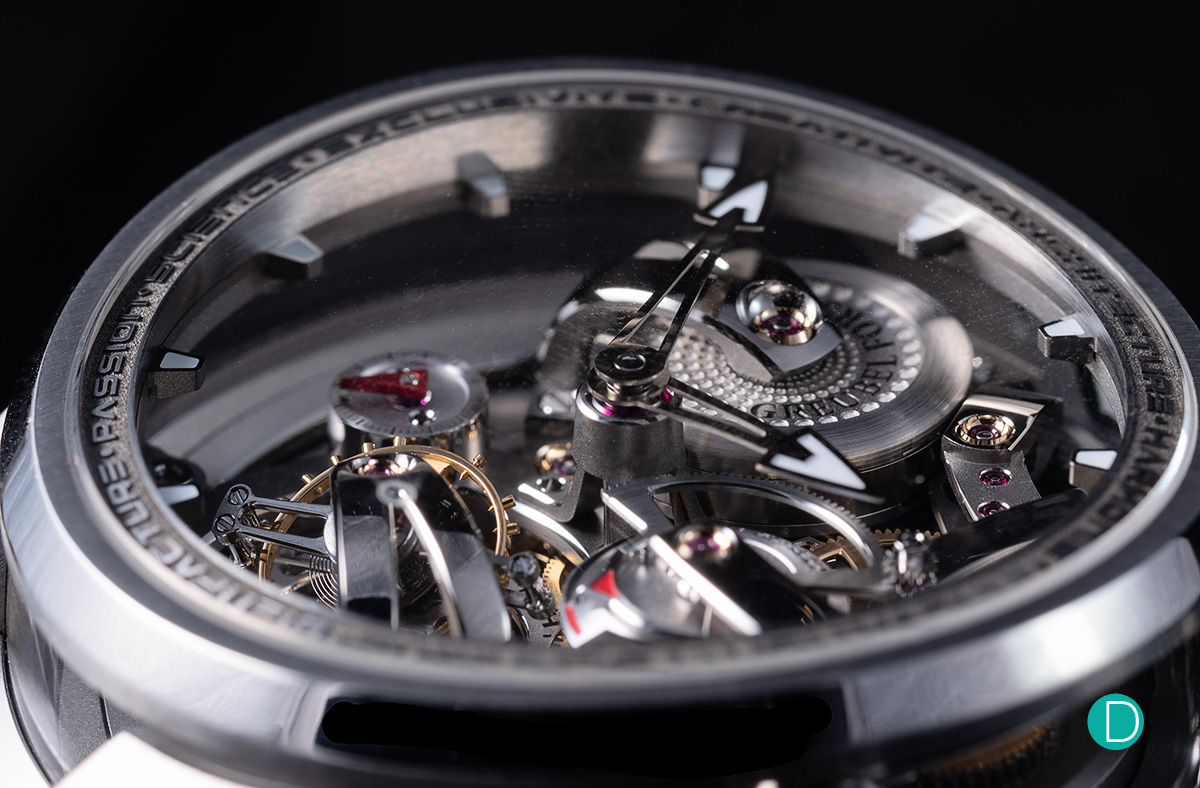 Since the creation of Watchmaking Academy of Independent Creators (or more commonly known as AHCI) in 1985, along with the launch of the Opus series by Harry Winston and the highly influential Maximilian Büsser, the world of watches had changed for the better. These are some of the pivotal moments that allowed the voice of independent watchmaking to gain prominence.

For regular readers and collectors, most are likely familiar with this incredible group of individuals (or brands). The peculiarity is that most of these home are independently operated, unlike conglomerates which are accountable to owners and shareholders – many would prefer brands to take a more conservative path to ensure profitability (nothing wrong, but it does get a bit boring at times).

Considering the battery life, we’ve seen some pretty amazing watches over the years. In this week’s article, we thought we’d like to take this opportunity to celebrate this group of individuals and some of their great work.

Ferdinand Berthoud is an intriguing project by Karl-Friedrich Scheufele of Chopard. The idea behind the brand is to recreate the watches of the late master watchmaker Ferdinand Berthoud – but reinvented and modernized.

The FB1L is one of the latest pieces from the brand itself. While the initial pieces feature a large negative space, the FB1L comes with the patented power reserve indicator and “age of the moon” complication, in addition to the large central second hand and a sub-dial indicating the ‘hour. Everything is wrapped in an octagonal case, with a round bezel and dial. The idea is bold, but it works pretty well on this watch.

The surprise doesn’t just stop at the dial. The movement – ​​Caliber FB-T.FC.L. – is certainly a treat, with a glossy finish and different technical elements incorporated. It also features some of the most sought-after complications, such as a giant tourbillon (measuring 16.5mm) and rocket and chain system. It is a visual treat for watch collectors.

Unsurprisingly, the FB1L comes with a hefty price tag. Pricing for the titanium model with white gold bezel starts at CHF 250,000 (about S$360,110), while the all-white gold variant retails for CHF 265,000 (about S$381,710). This is, however, an extraordinary watch – and one that will impress even the most ruthless collectors and critics.

In the world of watchmaking, MB&F has established itself as one of the luminaries of independent watchmaking.

One of the brand’s most recent creations in the Horological Machine collection – HM9 “Flow” – continues where Maximilian Büsser left off previously. The HM9 this time draws inspiration from classic cars and planes, including the Mercedes-Benz W196 racing car and the sleek De Havilland Venom plane. The end result is an organic-looking sculpture, which admittedly looks more like a work of art than a device that tells the time. But again, this is where MB&F offers something different from the rest of the crowd.

The titanium-cased HM9 “Flow” is powered by an in-house hand-wound movement. The movement also incorporates two fully independent balance wheels with planetary differential, as well as a vertical synchronization display. The HM9 “Flow” is priced at US$182,000 (about S$260,790) and is a good option for anyone who wants to wear a piece of art on their wrist.

Urwerk, the brainchild of Felix Baumgartner and Martin Frei, is another staple of the independent watch scene with their ultra-cool, ultra-modern timepieces.

The UR-120 aka Spock is the brand’s latest creation, with an interesting homage to the Vulcan salute. Here, instead of the usual satellite hands (or wandering hour display), Urwerk had incorporated another element to the hour markers: it is now able to split into two, as seen in the image above (focus on the leftmost marker that reads 11). Beyond that, the latest addition also now comes with a slimmer case and a new movement.

It’s just not a revamped version of the UR-110; it is a complete overhaul considering the technical details needed to make the changes. Priced at S$156,000, the new UR-120 aka Spock is an impressive work of art that pretty much puts it among the best in the scene. When it comes to independent watch makers, De Bethune is a brand that is mentioned in the same breath as MB&F and Urwerk. the stunner DB28 steel wheels will show you why.

De Bethune’s DB28 collection has achieved a certain cult status among collectors, for its contemporary and avant-garde approach to watchmaking. This includes the exposed movement, the crown at the 12 o’clock position, as well as the patented floating lugs. The finish is as spectacular as it gets. This includes the Côtes de Bethune on the triangular bridge, a black polish on the concave plate of the dial, as well as the blued moon phase sphere for which the brand is often known. In fact, we’re sure mere words can’t do the finish of this piece justice.

Overall, the DB28 steel wheels are simply stunning. It’s gorgeous, but the finish is on a whole other level. The watch is priced at CHF 83,000 (around S$119,555), and we think that’s something truly amazing, especially for someone who appreciates the finer things in life.

The Halter Vianney Antiqua Perpetual is a classic in the world of independent watchmaking, for the fact that it is one of the pioneers who laid the cornerstone of this genre of watchmaking.

Inspired by portholes, the esoteric-looking timepiece notably features five circles: four serve as indicators (hour, date, day and month), while the last serves as a base to accommodate the “deconstructed” dials. . The concept is highly unusual even by today’s standards, but one can certainly imagine the kind of reaction the Antiqua would have received back when independent watchmaking was in its infancy.

Since its first preview at Baselworld 1998, this steampunk watch – which is more than two decades old – is no longer in production. Despite its age, Antiqua still has its charms, and it is still relevant in today’s context. This polarizing watch is indeed a very special timepiece, and one that many collectors will continue to hold in high esteem.

Touted as one of the finest manufacturers with some of the finest finishing techniques, Greubel Forsey naturally produces some of the most incredible timepieces we have ever seen. New Tourbillon 24 Seconds Architecturewhich debuted earlier this year, is no exception.

Based on the concept of cities and their architectures (hence its namesake), the watch features a rather intriguing construction that sees the movement fully exposed and integrated into the design of the watch. It also allows the collector to take full advantage of the timepiece’s legendary finishing work, most of which is found on the movement components.

The towering 47mm features the brand’s now signature curved case, and is priced at S$706,200. Every element of the watch is indeed excessive – but again, Greubel Forsey operates at the extreme end of the spectrum. The good ending, of course.

There’s no denying that each of the six watches – among the many other pieces available – is amazing in its own way. But there is definitely something special about them.

This is the reason for our adoration for independent watchmaking. The creativity is almost endless and the craftsmanship of some of these watches is literally out of this world. It’s almost unprecedented, and it makes you respect them for their bold efforts – and bearing in mind that it comes with a very high risk of failure. Even successful brands such as MB&F also went through dark times in their early days.

The world of independent watchmaking is amazing, and we’ve only covered the tip of the iceberg. For collectors, especially those who can afford it, we strongly recommend that you consider buying a watch from an independent watchmaker – we promise you will be amazed with the watch and the whole experience.