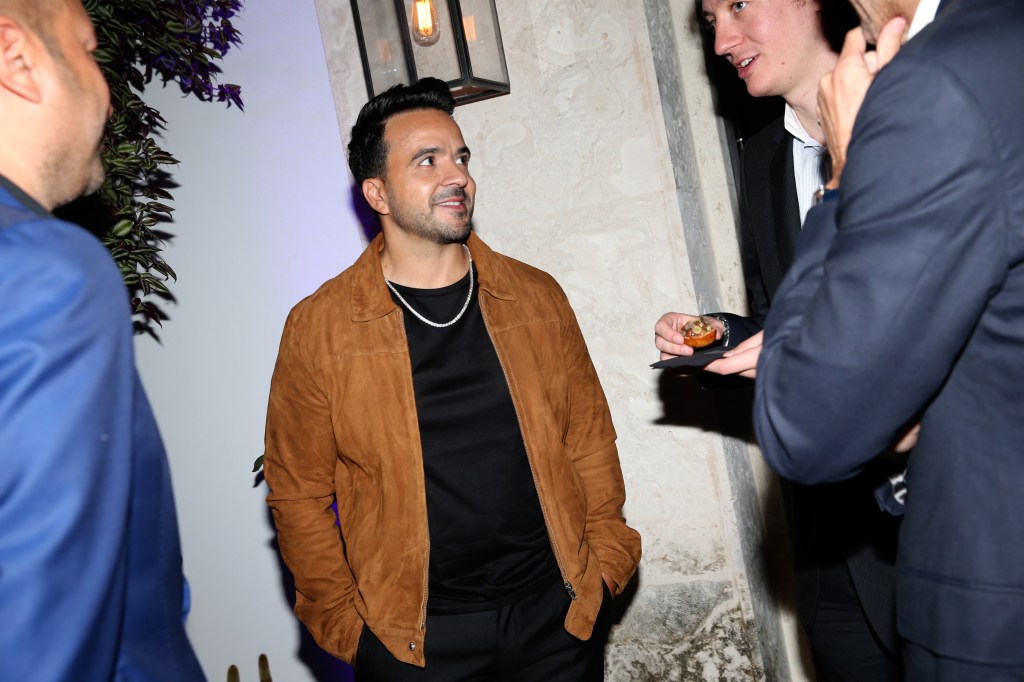 What better time to host a dinner party for one of Miami’s most beloved athletes than during Art Basel Miami Beach?

Luxury watch brand Tag Heuer was in town to celebrate its partnership with Miami Heat player Jimmy Butler, and had a few surprises in store for the crowd gathered at realtor Oren Alexander’s home in Miami Beach on Tuesday night. Images of Butler’s campaign were displayed around the lounge and the courtyard dinner setup, with watches displayed behind display cases and on the wrists of several guests.

“This is my first time to Miami,” said ‘Outer Banks’ star Madelyn Cline. “It’s such a pleasure to be here – obviously that’s the way to do it,” she said, showing off the Aquaracer watch on her wrist.

“Big watch fan, big brand fan, obviously big Miami Heat fan. I’m a guy from Miami, I lived here for 20 years,” said “Despacito” singer Luis Fonsi. He was able to see a few art exhibits en route to dinner. “Tomorrow I have to shoot a commercial, so I’m going to work, then I leave to shoot a music video. So it’s just a little stop at home, and then I have to continue, because I’m going to be on tour, “said he added.

“There’s always a lot going on during Miami Art Weeks, so we wanted to honor Jimmy Butler as an official brand ambassador and also wanted to unveil a new limited special edition,” said the president of the brand for North America, Benjamin Beaufils, touting Art Basel as the “best week of the year in Miami”.

Tag Heuer, which partnered with Butler earlier this year, also unveiled a new watch designed in collaboration with the athlete over dinner.

“We didn’t have the opportunity to celebrate the partnership properly because of COVID-19,” said Frédéric Arnault, who had just returned from the Louis Vuitton men’s show that paid tribute to the late Virgil Abloh. “Since he’s from Miami and the Miami Heat are there, we had to do something here.” The CEO, who was only in town for two days, praised the synergy between Tag Heuer and Butler. “He very well embodies the values ​​of the brand: mental strength, high performance, very competitive, at the top of his game.”

Notably absent was Butler himself – the basketball player had injured himself in practice and was taking it easy. Instead, Butler greeted the crowd with a home-filmed video message, during which he described his limited edition – there are only five – Carrera Heuer 02T Tourbillon. The watch, which retails for $25,000, features pink accents, a tribute to Butler’s favorite person: his daughter.

Paulina Vega, who was on MC duty as the crowd sat at long tables for an Izakaya-style dinner (which followed a live performance by violinist Ezinma), added that the athlete was the perfect fit given the brand slogan, “Never crack under pressure”. .”

“We have to send him the best energy for a quick and quick recovery,” she added.