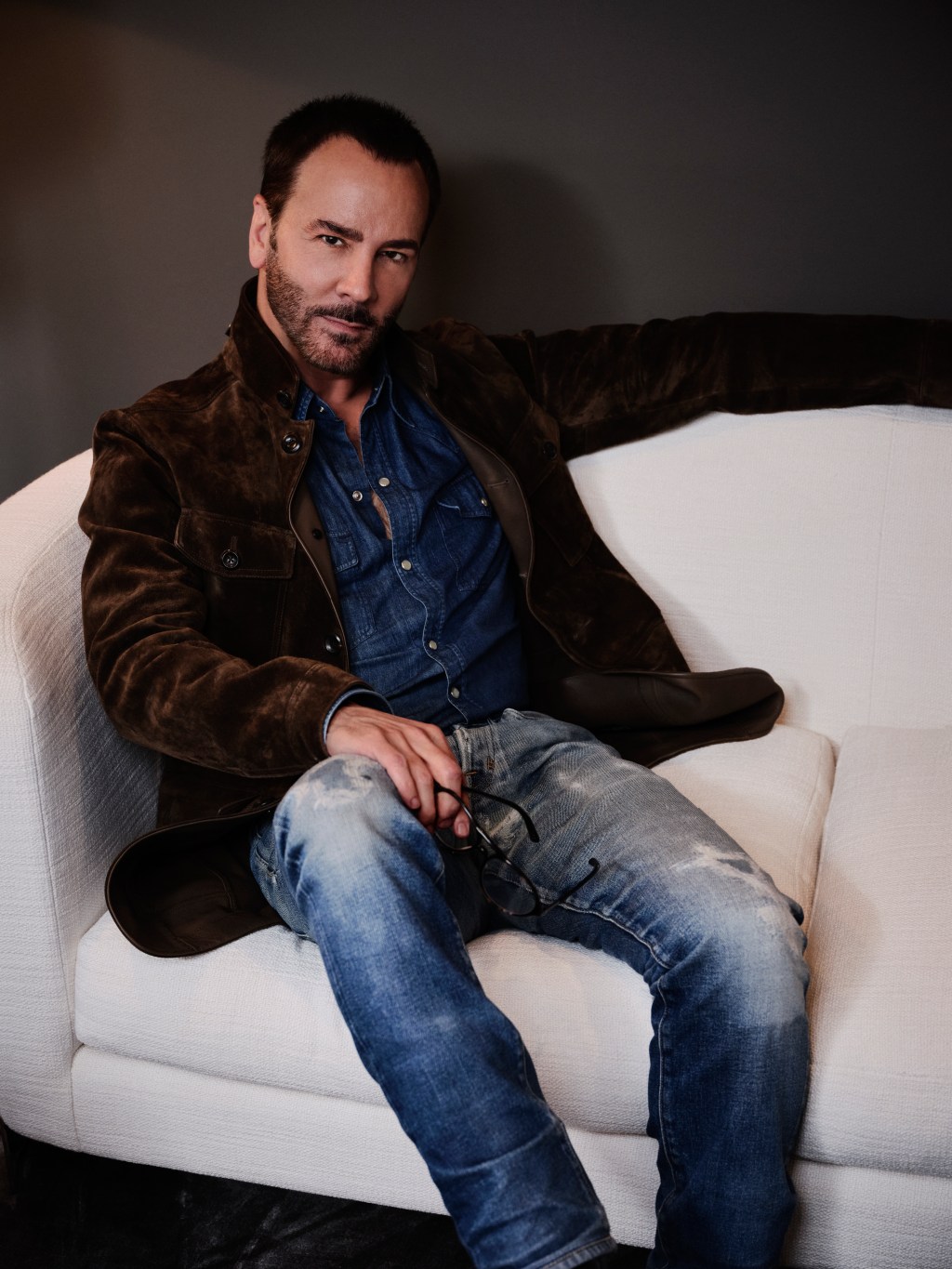 The designer, after reducing his personal use of plastic and switching to a vegan diet, released one of the first fully automatic watches made from recycled ocean plastic. The Ocean Plastic Sport style was launched on Tuesday as a more functional follow-up to Ford’s successful Ocean Plastic watch which was first unveiled in 2020.

“We personally do not use any single-use plastic products in our home, nor do I allow single-use plastic bottles or containers in the office. Reducing single-use plastics has been an evolution personal because I have become more and more aware of the seriousness of a global problem of plastic pollution in our oceans. I have gotten rid of plastic straws. I drink iced coffee every morning, so I always use a straw – now I use metal straws.Around the same time that I first became aware of the problem of plastics in the oceans, I also watched a documentary called “What the Health”. after that I went vegan and have been since. It’s a constant work in progress,” Ford said of the changes he started making around 2017.

He sees this new style of watch as an important benchmark in his company’s sustainability journey and represents a broader strategy to attract a new generation of watch consumers. He sees the Ocean Plastic Sport watch as a reflection of our times, particularly how global circumstances have influenced consumer culture. “I feel like people crave activity and nature and the combination of being a sports watch while preserving our oceans was something that was exciting for me,” he said.

“The sports watch is a luxury watch, but with a more casual appeal,” Ford added. “I’m into this concept of chic glamor but in a more relaxed way. You see it in the way people dress now – customers wear designer pieces with sweatpants. My Spring 2022 collection was heavily influenced by sportswear, and it was also a natural evolution for our watch collection. People want to spend more time outdoors after being indoors for so long.

Each Ocean Plastic Sport watch purchased is equivalent to approximately 35 plastic bottles removed from major waterways. The style does not contain virgin plastic and its plastic materials are of traceable origin. Its packaging is also fully recyclable.

The Ocean Plastic Sport follows on from the original Ocean Plastic collection which has been “very popular with customers”, according to Ford. The first run of the original watch, “sold out worldwide within eight weeks of pre-launch. We had to re-order almost immediately before they even shipped to stores. We’ve since launched new wristband colors and they are selling out so fast again before they even hit the stores Our customers are sophisticated cosmopolitan customers with a heightened awareness of the issues facing our planet and the responsibility we have to protect it “said the designer.

The style is priced at $1,495 and is available for purchase on the Tom Ford website and at select Tom Ford boutiques. The sports watch – produced in Switzerland as part of Tom Ford’s ongoing partnership with watch licensee Bedrock Manufacturing – is offered with a white or black rotating bezel and a jacquard strap produced in five colours: black, white, yellow , blue and orange.

Ford said the Ocean Plastic Sport was created with no particular gender in mind, and this more fluid design approach established a framework for the style’s interchangeable strap concept.

“Even with the ready-to-wear collection, I’ve always liked the idea of ​​menswear on women and non-traditionally masculine clothing on men, and the watches in particular are designed to suit the style. our customers’ staff,” he said. “One of the key elements of all my watch collections is the interchangeability of straps, which allows you to customize your watch to suit your mood and what you’re wearing – so, of course, with this new watch, we continued with the suspender wardrobe concept.

For the designer, who founded his eponymous line in 2005, “sustainability is a critical and urgent issue in our lives today”. He now aims to create different initiatives and products to both raise awareness of climate issues and reduce the overall impact of his business. The release of Ocean Plastic Sport is linked to the larger Tom Ford Plastic Innovation Award, which was created with the aim of researching more sustainable plastic materials and was launched in 2020 with the release of the first Ocean Plastic style.

“Between the plastic pollution of our oceans, deforestation and global warming, we need to consider the ecological impact of our decisions in all aspects of our personal and professional lives,” he said.

“As a designer, my interest in sustainability translates into the timelessness and philosophy behind my designs. They are meant to last and evolve, rather than being thrown aside each season. That is, in my opinion , true luxury.We find that our customers appreciate the quality and timelessness of our pieces and pass them on from generation to generation.

This mentality carries over to Ford’s approach to watches, in a world where the designer has admitted, “we have a million ways to tell time.”

He explained more candidly: “The question everyone asks is ‘Why do I need a watch when I can just look at my phone?’ But there is a story in watches. They are an heirloom. They are an accessory that has gone from being a tool to a status symbol.

“Customers today are motivated to buy watches as part of their wardrobe – a luxury piece for everyday wear. And in my view, ethical luxury is the greatest of luxuries. Knowing that you not just wearing a high quality product, but that by simply owning the product you are also taking direct action to better the planet is incredibly appealing,” he said.