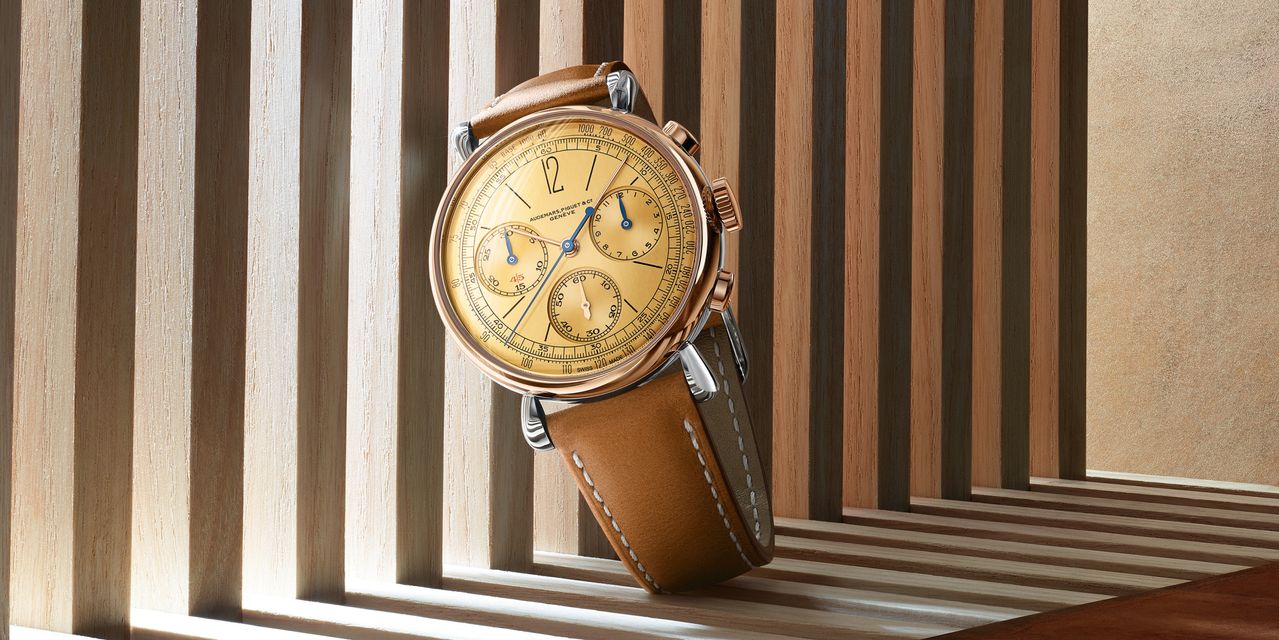 
People always dream of the good old days, ”says Georges Kern, CEO of Breitling. But the desire for nostalgia doesn’t apply to everything, he cautions. Many things that were considered current in their day succumb to the past, while others take on the patina of retro cool.

Historical watch brands with a long heritage, such as Breitling, Vacheron Constantin and Audemars Piguet, have a treasure trove of inspiration in their own archives. “Breitling’s mantra is to be both modern and retro,” says Kern, who took over the brand in 2017. Some of this year’s introductions go beyond simple retro styling to resuscitate vintage pieces such as the ‘AVI Ref. 765 1953 Re-Edition pilot watch and the Top Time Chronograph launched in the 1960s.

41mm stainless steel Best time (US $ 4,990) includes the instantly recognizable “Zorro” dial, nicknamed for the two black triangles that unfold horizontally from the center, reminiscent of the swashbuckler’s fictional mask. The original dial has been modified with a decimal scale replacing the tachymeter scale and bright red hands that add a visual touch.

An original Top Time had a starring role in the 1965 James Bond film Thunderclap, in which 007 uses the watch, equipped with a Geiger counter, to locate stolen nuclear missiles and prevent an atomic disaster.

Limited to 2,000 numbered pieces, the next-gen Top Time lacks Bond-style bells and whistles, but is powered by the state-of-the-art Breitling Caliber 23 chronograph movement, a COSC-certified chronometer with 48 hours of power reserve.

Vacheron Constantin took its machine back to the 1950s with the Historical Cow Horns 1955 (US $ 39,800), now available in stainless steel following the rose gold and platinum renaissance coins of recent years. The chic design, displaying the brand’s signature quirky classicism, dates back to mid-20th century reference 6087, the first waterproof chronograph from Vacheron and one of the vintage pieces most sought after by enthusiasts of the brand. The name, Cow Horns, translates to “cow horns” and refers to the elongated and curved horns.

The modern version measures a comfortable 38.5mm and is water resistant to 30 meters. Framed by a 10-sided bezel on the sapphire crystal caseback, the manual-winding chronograph caliber 1142 offers a 48-hour power reserve and displays the meticulous hand-finishing techniques that make it worthy of the prestigious Hallmark of Geneva. . Ties of the same name secure the dark brown calfskin strap made by Milan-based luxury leather goods company Serapian.

As Audemars Piguet prepares to open its Atelier Museum designed by Bjarke Ingels in his hometown of Le Brassus, Switzerland, it has launched the [Re]master01 self-winding chronograph (US $ 53,100), limited to 500 pieces. The model reinterprets a 1943 chronograph that the brand acquired at auction in 2015. “We bought it knowing that it would be a centerpiece of the museum,” explains Michael Friedman, head of complications at Audemars Piguet.

True to the design codes of the original, [Re]master01 preserves the combination of two-tone metal with the stainless steel teardrop-shaped case and lugs, complemented by the bezel, olive-shaped pushers and chamfered crown in 18k rose gold.

Another intriguing feature of the vintage piece is indicated by the 4/5 above the 15 minute mark inside the 30 minute counter at 9 o’clock, allowing wearers to follow 45 minute periods, more precisely halves of a football match. The third generation of the founding family of Audemars Piguet and former president, Jacques-Louis Audemars (1910-2003), was a die-hard fan of soccer.

Updates include enlarging the original’s 36mm dimension to 40mm for contemporary tastes and using the additional space to rearrange the chronograph counters for better readability. A sapphire crystal case-back lets you admire the automatic manufacture movement caliber 4409, equipped with an integrated chronograph with column wheel and fly-back function. The 22-carat rose gold oscillating weight is satin-brushed and decorated with the “Clous de Paris”, a traditional nail motif used at Audemars Piguet since the 1950s.