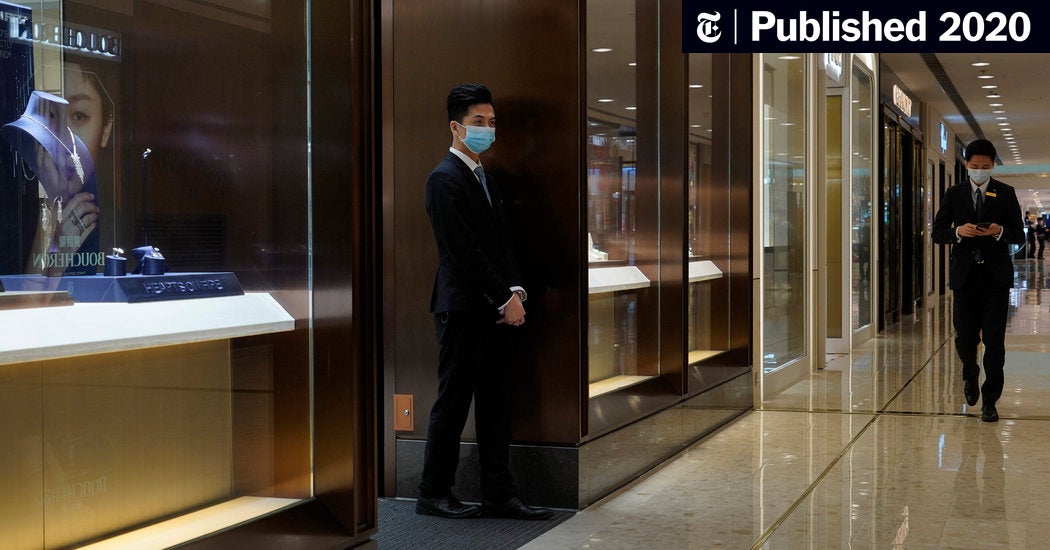 After a record year 2019, during which exports increased 2.4% to $22.2 billionthe Swiss watch industry is now facing fears that the spread of the new coronavirus will wipe out growth in 2020.

Watchmakers are hugely dependent on Chinese consumer demand – “to the tune of nearly 50% of their revenue,” Bernstein analyst Luca Solca said in an email. “A continued spread of the novel coronavirus outbreak would hit them particularly hard.”

This is particularly true in Hong Kong, Switzerland’s top watch export destination, which is trying to contain any spread of the virus while feeling the effects of anti-government protests that began in June. The semi-autonomous city, special administrative region of China, confirmed mid-November that it had entered its first recession since 2009.

Exports of watches to the city fell by 11.4% in 2019 compared to a year earlier, and the downward trend shows no signs of improving, said Thierry Huron, founder of The Mercury Project, a Swiss watch and jewelry consultancy.

Exports to mainland China, however, jumped 49% in December from the previous year’s December total, ahead of the Lunar New Year which began on January 25, traditionally a popular time for shopping and to offer gifts.

But anecdotal reports suggest January sales were largely impacted by the viral outbreak in China’s central city of Wuhan and subsequent travel restrictions imposed on tens of millions of people in the region to contain the disease. .

As of February 13, at least 1,491 people are believed to have died, all but three in mainland China. The death toll exceeded that of the SARS epidemic of 2002-3.

“Our understanding is that luxury consumption in China has come to an abrupt halt,” Solca wrote in a Feb. 5 report to investors.

Jean-Daniel Pasche, president of the Federation of the Swiss Watch Industry, said in an email that the effect of the epidemic “will depend on the duration and extent”.

The Swatch Group takes no risks. On February 3, the company – which owns seven prestige watchmakers including Blancpain, Breguet and Omega – announced that it had canceled a global press event scheduled for March 4-6 in Zurich due to “uncertainty related to the 2019-nCoV coronavirus epidemic”. .”

If the virus isn’t contained by the end of March, said Alexander Linz, watch journalist for Vienna-based WatchAdvisor.com, “things could change drastically.”

Representatives of both fairs said that from now on their shows will continue, although they are closely monitoring the public health situation. Some attendees too. On February 11, Bulgari, the Roman jewelry house owned by LVMH Moët Hennessy Louis Vuitton, announced it was pulling out of the Baselworld fair. Jean-Christophe Babin, its managing director, said in a statement that the decision was made “keeping in mind the impact of SARS on watch fairs years ago and recognizing that the pandemic continues to s ‘to expand”.

Watchmakers find themselves making imperfect comparisons with the SARS epidemic, when the start of the war in Iraq and a sharp appreciation of the euro against the dollar contributed to a 4.4% drop in exports.

“If the media craze around the coronavirus does not last quickly, it could very well cause much more economic damage than 17 years ago”, said Maximilian Büsser, founder and creative director of the Geneva brand MB&F, in a E-mail. “The only winners will likely be e-commerce platforms, as consumers in some parts of the world dare not venture outside of their homes.”