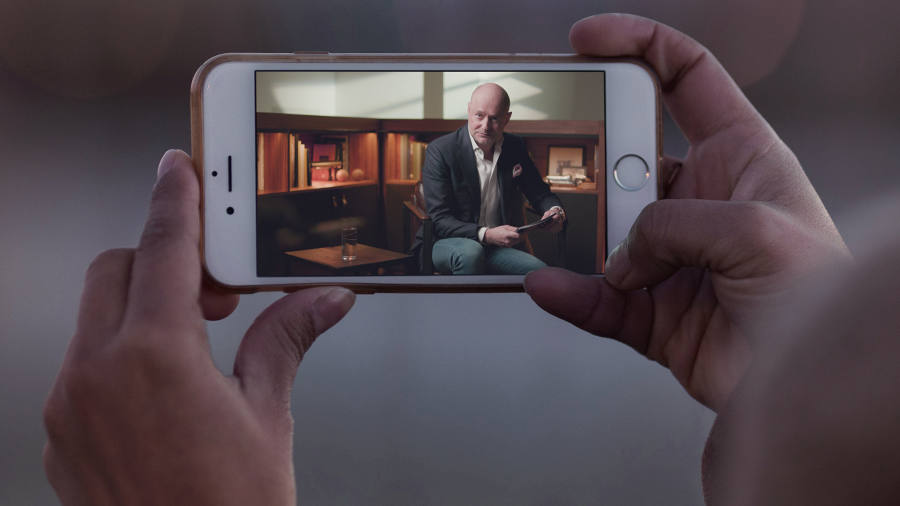 Even before the coronavirus epidemic began to weigh on the global economy, the luxury watch industry was in trouble. Last year, the Federation of the Swiss Watch Industry (FHS) recorded growth of just 2.4%, a modest increase that masked a sharp drop in volumes (down 13.1% year on year) and a drop in exports during the last quarter. .

Then came the Covid-19 and in March, the closure of watch factories and their global retail network. The industry, which depends on in-store sales – only 5% of new watch sales are online – has been hit hard.

“We have experienced a complete shutdown of production and deliveries,” said François-Henry Bennahmias, Managing Director of Audemars Piguet, which posted record revenues of 1.25 billion francs last year (1.28 billion dollars). “Let’s say we sell 40,000 watches a year, or about 3,200 watches a month or 120 watches a day. Until the end of March, we managed to keep this number between 80 and 90 per day. But April was a whole different story. Now we are faced with the real challenge.

FHS statistics for March show that exports are down 21.9% in value and 43.1% in volume. He says the worst will come when the April figures are released this month. Exports have dried up and Baselworld and Watches & Wonders, the two major Swiss watch shows of the year scheduled for the end of April, have been canceled.

“The industry expects the personal luxury goods market to shrink by about 30 percent this fiscal year,” said Luca Solca, an analyst at Bernstein, the research firm.

For brands, the problems are piling up. “We didn’t make a budget because it doesn’t make sense,” said Georges Kern, CEO of Breitling. Breitling’s revenue grew more than 20% year-on-year at the end of March, Mr Kern said, but he declined to forecast for the rest of the year.

“Before the crisis, we were on double-digit growth this year,” explains Rolf Studer, co-CEO of Oris. “Now it might be minus 30 or minus 40%. A good result would be minus 20 percent.

Along with the challenges of manufacturing, distributing and selling watches, the pandemic poses a new and perhaps more important question for brands. “This phenomenon has had a huge impact on society,” says Kern. “Now we ask: what is the meaning of a mark? What is his goal?’ The excessive and ostentatious luxury will go through a difficult time and the luxury will become much more laid back. “

Mr. Studer agrees. “This crisis is accelerating the shift from exclusive luxury to inclusive luxury,” he says. “The hedonistic form of luxury will appear even older after the crisis than it does now. The average price of an exported Swiss watch increased by 28% over two years until the end of 2019. It’s crazy.

Certain brands and retailers used different means to stay in touch with consumers during the global lockdown. Most have turned to digital channels, especially social media. Instagram Live events such as Omega’s SpeedyTuesday Live and Zenith’s On Air have given consumers direct access to brand executives and partners like never before.

The Fondation de la Haute Horlogerie, organizer of the Watches & Wonders trade fair, sought to recreate its event online with a website accessible to the public presenting the details of the releases of 17 exhibiting brands. He said that in the first four days it had welcomed 44,000 unique visitors from 169 countries.

At the same time, Cartier launched a website to showcase its new designs, while in mid-April, Breitling released a presentation moderated by Mr. Kern. “We had enormous visibility of it,” he says. “By the hundreds of thousands. Our server imploded and we had to switch to YouTube.

Others have created campaigns inspired by the crisis. Oris showcased their Local Heroes initiative to recognize the efforts of frontline workers and volunteers. Mr Studer said Oris will offer 50 watches and has received over 1,000 nominations from around the world. “Luxury watches are less relevant than they used to be,” he says. “Now is not really the time to sell watches, it is the time to take care of your community. It was about doing the right thing.

The high-end independent H Moser & Cie, which makes around 1,500 watches a year, produces timepieces for charitable partners, who buy the watches to auction them off and keep any profit. “In a normal year, we would do one or two of these projects, but now we are working on 10 or 15, producing batches of 20 to 50 watches each time”, explains Edouard Meylan, the general manager of the company.

During the crisis, retailers said demand for the most exclusive products had not diminished. “We have seen continuous, uninterrupted demand for Rolex and Patek Philippe,” says Brian Duffy, managing director of the Watches of Switzerland group, which has more than 120 stores in the UK and US.

Mr Duffy said the group, which owns Goldsmiths and the US chain Mayors and reported total turnover of £ 773.5million last year, has again started taking deposits on watches Rolex before the reopening of stores in the future.

It also plans to increase the “by appointment” activity of the stores. In the long run, the industry faces a battle to return to pre-crisis levels, even when social distancing measures are lifted. Mr Duffy says the group’s senior executives have deferred their salaries during the lockdown and will only take 75% of what they are owed in arrears when stores reopen.

But Bernstein’s Solca says the problem is much bigger. “The extent of the crisis is directly linked to China,” he said. “The Chinese accounted for nearly 35% of global luxury demand last year, 70% of which were outside the mainland.” With tourism levels likely to remain low over the next 12 months, brands and retailers agree they will need to focus on local markets to drive sales.

For now, many brands focus their sales efforts on e-commerce. “Companies are reporting that their digital sales grew 50% in the first quarter,” Solca said.

For a brief period in April, Patek Philippe allowed some of its retail partners to sell its watches online for the first time.

Mr Duffy said he planned to integrate the Richemont Vacheron Constantin, Jaeger-LeCoultre and Panerai brands into its existing e-commerce platforms later this year, but that date has been brought forward.

Grand Seiko has announced that it will start selling watches online in the UK this month.

At the end of April, Omega announced that it would be expanding its e-commerce platform across Europe. Previously, it only sold watches online in the US and UK. “E-commerce sales have in fact been above average in both markets despite the challenges of distribution in the current climate,” CEO Raynald Aeschlimann said, without citing figures.

The extent of the crisis is directly linked to China. The Chinese accounted for nearly 35% of global luxury demand

Mr Studer claims the Oris eShop is outperforming, while Mr Duffy claims the Watches of Switzerland group’s e-commerce business has grown by more than half compared to the same period last year. However, he adds that online sales only represented 8% of the group’s turnover before the crisis. Mr Kern says the lockdown and social distancing will drive long-term growth in online sales, but only to a point. “It will drop to 10 to 15% maximum,” he says. “Studies show that people always want the shops, the experience and the interaction. We are not Robots.

Mr. Bennahmias of Audemars Piguet agrees. “I know collectors don’t want to bother with gloves and masks,” he says. “But out of 40,000 watches we make, do I want to sell 10,000 online? No. The internet is a tool but not the end of the game. He says during the lockdown he delivered watches directly to his best customers. This enabled him to sell around 40 of the new [Re]master watches 01 special edition.

Despite the effect on the economy, brands and retailers profess optimism. “When you look at the Swiss watch industry and the crises it has faced, it has always come out stronger,” says Duffy. “This industry will do a lot better than most because there is no seasonality in the product.”

Mr. Bennahmias says the greatest asset of the luxury watch industry is emotion. “As long as you are touched by something that brings emotion,” he says, “whether it’s a product or a fancy restaurant, you’re always going to spend that money.”

“People will come back because they are human and want to enjoy life,” says Kern. “There will be a rebound in consumption. Hope it will be soon.