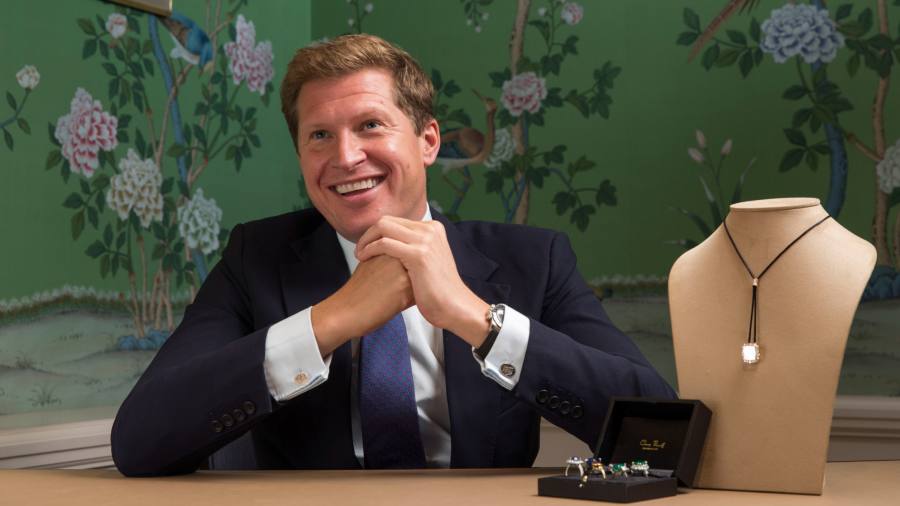 Jeremy Pragnell was just 20 when he bought his first Patek Philippe watch in 1969. The son of a British jeweler had discovered the brand while working at watch retailer Meister in Zurich – and he fell hard.

A lack of fluency in Swiss German meant Jeremy Pragnell’s social life in Switzerland was limited, but it saved him a large chunk of his salary. Combining the silver with a 1-carat diamond that an apprenticeship at London’s Hatton Garden had bought him, he asked his employer for help in buying one of the coveted watches. “The owner of the business was quite surprised,” says Charlie Pragnell, Jeremy’s son and current managing director of British watch and jewelery retailer Pragnell, as Patek Philippe watches were already “extraordinarily expensive” at the time. .

Meister didn’t wear the model Jeremy wanted, so the owner contacted brand owner Henri Stern to make the request, mentioning that the intended customer was one of his young apprentices. Impressed by this, Henri Stern instructed his son, Philippe Stern – now Patek Philippe’s honorary president – to deliver it personally. “And that’s how the relationship started,” Charlie said.

Back in the UK, Jeremy asked his father George Pragnell, owner of Stratford-upon-Avon jeweler Pragnell, to stock his favorite watches, and by the mid-1970s the store became the first UK retailer to carry a collection. collection of Patek Philippe watches. Sales of these expensive and relatively unknown watches were slow, until the popularity of Patek Philippe soared in the late 1980s. Pragnell’s early commitment paid off as the brand is now a part important to its business. Although Charlie does not agree with the figures as to the commercial importance of any particular product or brand, he says that the turnover of the three Pragnell stores in Stratford, London and Leicester is split evenly between watches and jewelry. In 2021, the retailer reported a 21% increase in turnover to £63m, with profits of £7.8m, up from £4.1m the previous year.

The partnership was so successful that when Pragnell celebrated the 50th anniversary of its Stratford-upon-Avon store in 2004, Philippe Stern and Jeremy Pragnell collaborated on a special minute repeater in the store’s black and gold colors with matching numerals to the style of the numbers above the store door. Pragnell is the only retailer with whom Patek Philippe has collaborated in this way, and when one of the five limited-edition watches was auctioned at Christies in 2012, it sold for $575,340 to an Asian collector. The original was sold in 2004 for £162,000.

While Patek Philippe might have needed to lean on Pragnell in the 1970s for an introduction to the British buyer, that is certainly no longer the case, but the relationship remains intact. In September Pragnell doubled the size of its store on Mount Street, Mayfair, and a major part of the refurbishment was a space dedicated to Patek Philippe, as well as one for Rolex – the only two watch brands it sells in its store. London outpost.

So why, when watchmakers could use the power of the established brand, easily amplified by digital outreach, to sell direct to consumers at full margin, do many still choose to operate through retail partners? “With full margin [achieved by direct retail] comes the rent, the people, the systems, the security,” says Brian Duffy, managing director of Watches of Switzerland Group. “So the return on capital investment and on retail is less than what brands earn wholesale.”

Watches of Switzerland is experiencing a period of strong growth. Full-year results for the 2021/22 financial year show its total revenue rose 40% to £1.2bn, with pre-tax profits rising 98% to £64m. This is fueling new expansion plans, much of it focused on single-brand watch boutiques, of which the group operates 50 in the UK alone – a figure which has tripled in the past five years. This summer she opened a Breitling store in Stockholm, a Tudor boutique in Glasgow and an Omega store in Copenhagen. It also operates the Tudor, Rolex, Breitling, Bulgari and Grand Seiko boutiques in the US, where revenue jumped 48% to £428m in 2021/22.

Although these stores may be branded as if they were run by the watchmakers themselves, it is Watches of Switzerland that powers the retail operation. Duffy sees these dedicated boutiques – which he says work well alongside Watches of Switzerland’s multi-brand stores – as simply an extension of consumer choice, as “a natural evolution as brands continue to invest, grow and rise”.

He gives the new Battersea Power Station retail development, due to open with 100 stores on October 14 in London, as an example of this harmony. On the site, Watches of Switzerland Group will operate a Watches of Switzerland store selling multiple brands, including Rolex and Cartier, as well as standalone stores dedicated to Omega, Tag Heuer, Tudor and Breitling – a total of five stores. Whether consumers pick up the link depends “on how far they travel,” says Duffy.

Even watch brands that want to own and operate their own boutiques sometimes seek the help of established local retailers to do so, as Oris did when it opened its first UK boutique in London as a pop-up in 2019. through a partnership with retailer Fraser Hart. . “We took it over independently nine months later,” says Isra Shah, Oris UK sales and marketing manager. “We have seen the commercial value of the recovery [at that point]but it was the support of our retail partner that provided the leverage and insight to explore this as a first in the UK. »

Japanese watchmaker Seiko takes a mixed approach. Some of its mono-brand stores are run by retail partners – such as the Grand Seiko store in Soho in New York operated by Watches of Switzerland – and others directly by the brand, including its Knightsbridge store in London and another which will open on the City Bond. Street this fall. “Our relationships with our business partners operate as a joint approach; recognizing that they are retail experts and we are watch experts – which works in a balanced way,” says David Edwards, Managing Director of Seiko UK.

Indeed, the tone of conversations between watch brands and stores is shifting from a historically transactional tone, often underpinned by power plays, to something more collaborative. Federico Ziviani, managing director of watch brand Gerald Charles, says he has weekly meetings with his London retailer Arije to share local market updates, as well as discuss customer feedback and requests. “We cultivate a very transparent and reciprocal relationship of ongoing collaboration and trust,” says Ziviani. “Listening to others is a fundamental element.”

While working through retailers can provide brands with all sorts of logistical benefits, at the heart of this continued reliance on a traditional supply chain model is a more emotional motivation: the understanding that the relationships that retailers specialists have with their customers will always be stronger than a single brand can, and that these human touchpoints remain vital for watch sales. “Patek and Rolex understand that family jewelers around the world are their allies and advocates,” says Charlie Pragnell, stressing that neither of these market-dominating watchmakers depends on direct sales. “They can’t know all of their customers personally. We do.”