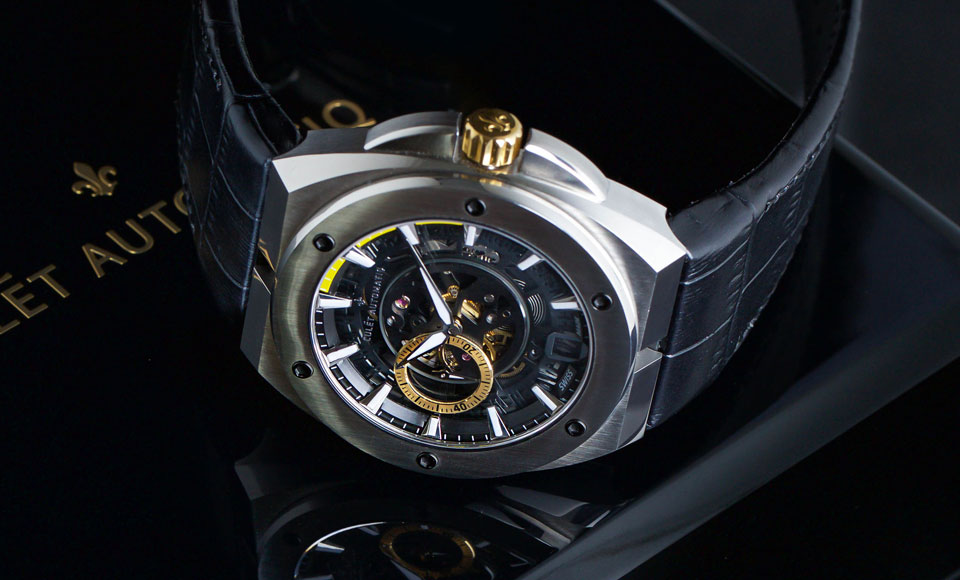 Australia is the land of plenty, but when it comes to stylish watch brands, even the average watch collector will struggle to spot one.

Today, that changes, as we forego illustrious Swiss, Japanese and German brands to show you beautiful Australian Watches of brands that do watchmaking well and make it known to the world.

Melbourne Watch Society hails from, you guessed it, Melbourne. It’s about providing top quality watches that are accessible to both watch enthusiasts and casual collectors.

The Australian brand arrived on the international watch scene in 2013 after launching its very first watch (the Flinders) via crowdfunding. It was a new way of doing things in an old game, but the gamble quickly paid off with the brand’s elegantly designed timepieces garnering a strong contingent of support.

The rest, as they say, is history, with Melbourne Watch Company adding three more models to its range by 2014 and two more in 2015 to keep up with demand. Each timepiece from the brand is named after a defining aspect of Melbourne – Hawthorn, Parkville, Portsea, Avalon and Carlton – and are all made with quality materials that balance good looks with affordability. Think surgical-grade 316L stainless steel, DLC coating, scratch-resistant sapphire crystal, and precision Japanese movements.

Melbourne Watch Company founder Sujain Krishnan says being one of the few Australian watch brands in the world is truly something special.

“We’ve certainly had a big ‘at home’ advantage in terms of our local sales, with many people telling us they want to support local businesses,” says Krishnan.

“People are also happy with the direction we’re taking, which is to gradually do more manufacturing locally here in Melbourne, starting with our new office and showroom in Carlton, which will open in December.”

The only reason most will visit Australia’s capital, Canberra, is to be a politician, look at flowers with nan, or go for a cranberry vodka at Mooseheads. Luckily, the sleeping city’s saving grace came in the form of an independent watch brand. Erroyl.

The local name, which started in 2014 with the aim of bringing affordable luxury automatic watches to the discerning masses, focuses on designing elegantly crafted pieces with precision.

This design ethos is reflected in their classic looking watches which feature a simple aesthetic on the surface but much more detail upon closer inspection. Their most popular models to date include the Heritage and Regent collections which have reached customers in over 50 countries worldwide.

A local watch brand that embraces “Swiss Made” is bausele. The watch company, the first to marry Swiss-quality construction with distinct Australian design, was born from founder Christophe Hoppe’s passion for watches and his love affair with Australia.

As a brand, Bausele watches are inherently Australian and defined by an iconic hollow crown. But that’s not all: every Bausele watch incorporates a real element of Australia, including the red earth of the Outback, the sand of one of the country’s most beautiful beaches or the “Australian diamond”: l ‘opal.

This unique approach to watch design has made Bausele stand out among a sea of ​​competitive Swiss and local brands.

Haigh & Hastings is a watch brand founded on the dream of distilling the quintessence of the Australian spirit of sun, sand, sea and sport into timepieces.

As such, their range is extensive and includes active-inspired timepieces designed by Swiss watch designer Emmanuel Gueit. Punters can also look forward to automatic dive watches with a slew of interchangeable straps, a city-inspired model and limited-edition pieces inspired by Australia’s aviation, military and military heritage. race.

Aegir literally emerged from the depths. Commercial diver and Perth resident Todd Caldwell worked in the offshore North Sea oil and gas industry and ventured into the world of watchmaking when he had to spend a lot of time in a diving bell to uncompress. His only companion in this decompression chamber? A diver’s watch, which he thought he could improve himself.

This precipitated the CD-1 diver’s watch in 2007, a watch that was built purely for function rather than for sale. Life had a different plan, however, and Aegir soon found itself carving out a niche for itself in the market, slowly expanding beyond the initial ambitions of Caldwell’s side project. The CD-2 was eventually created and the Aegir company was born.

Since Aegir is a purist diving company, all of their watches carry the 701M water resistance rating which meets strict commercial diving standards, as well as paying homage to Theo Mavrostomos, the man who holds the record for the deepest dive.

Technically, Aegir watches exude relentless precision and quality. Each part is made in Germany or Switzerland with some components sourced from the UK. The rugged and masculine cases are then paired with Metta Catherina leather straps to ensure they can effortlessly ride the world between water and desk.

One of the newcomers to the local watch game is backed by Dane Rumble, an artist turned jeweler turned watch enthusiast who now calls Australia home.

His latest adventure in the world of watchmaking is Automatic hollowa new brand that draws heavily from some of the best skeleton models in the world.

The Ghost is the brand’s first watch, inspired by modern architecture and the design of luxury vehicles. A Swiss Made movement shows off a skeletonized date wheel that reveals all the intricate moving parts that make up the automatic watch.

The exotic materials employed by the Ghost also ensure that the local brand has what it takes to meet the expectations of watch buyers in this price segment. Think surgical-grade 316L stainless steel, a sapphire crystal dial, and an interchangeable strap system for a decent variety of styles.

Rumble told us that being an Australian brand in today’s market certainly has its perks.

“This is due to our reputation as an easy-going and friendly nation, and we are known to be hard-working and forward-thinking. I have personally found people in the international watch community to be very welcoming and open to building relationships. business.

No prizes for guessing which luxury watch brands Panzera is inspired by it. Nonetheless, this Sydney-based watch company was founded in 2009 with a mission to “revive classic design watches of yesteryear with modern interpretations”. Not only does the company produce watches with familiar silhouettes, but it sells them for a fraction of the price of the models they were inspired by.

As with most watch companies, Panzera offers collections spanning land, sea and air, with a full range of strap options for each. Much of the production of each watch is taken care of either in Sydney, Australia or in Lugano, Switzerland, with the Flight Master being certified Swiss Made.